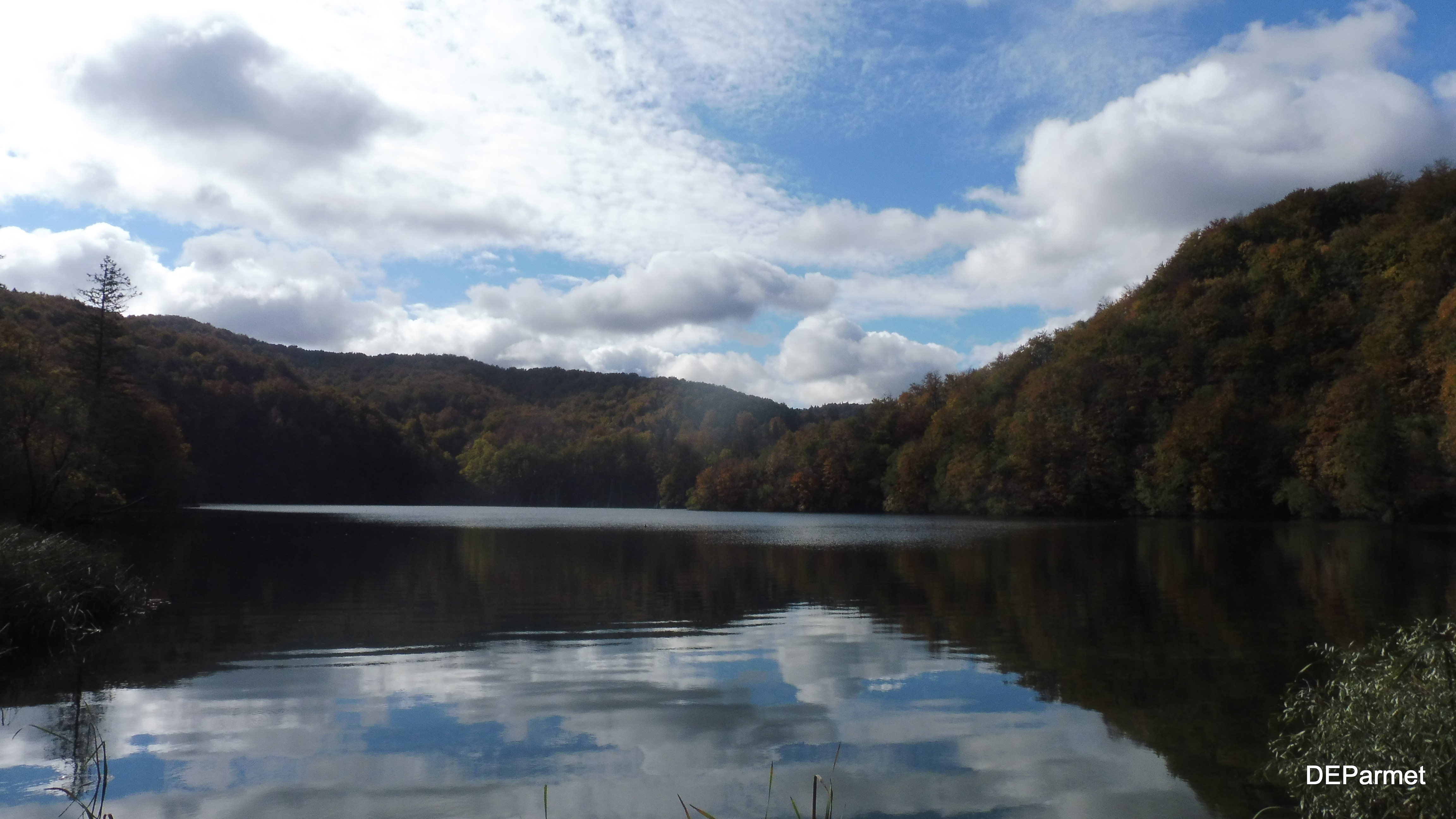 “Adventure is stretching your boundaries. It is more of a process than a thing.” – Charles Stone

I was cold, tired, out of drinking water, both my cameras were failing, and I had the biggest smile of my life on my face. I had just walked over a kilometer in 33 F / 0.5 C degree water and only slightly warmer air temperature. I will never forget that day surrounded by so much overwhelming beauty from cloud cover, lakes, waterfalls and nature. It was one of the best days of my life. There is a backdrop to this story that must be told to understand how I came to experience the hidden wonders of Croatia so intimately.

During a trip to Toronto to visit some close friends, I met some cool new people. I mentioned I was going to Dubrovnik; however, I had not planned out the details of my trip yet. My new friend encouraged me with enthusiasm, confidence, pictures and her itinerary to rent a car and do all of Croatia. It only took a few pictures to convince me that I needed to rethink my Dubrovnik only plan.

This story is about my experience with the UNESCO site called Plitvice Lakes National Park. This secret jewel of Croatia is one of the most beautiful places I have been and a highlight of my year so far. This place is a series of lakes in two giant sections (an upper and lower basin) with massive waterfalls throughout. 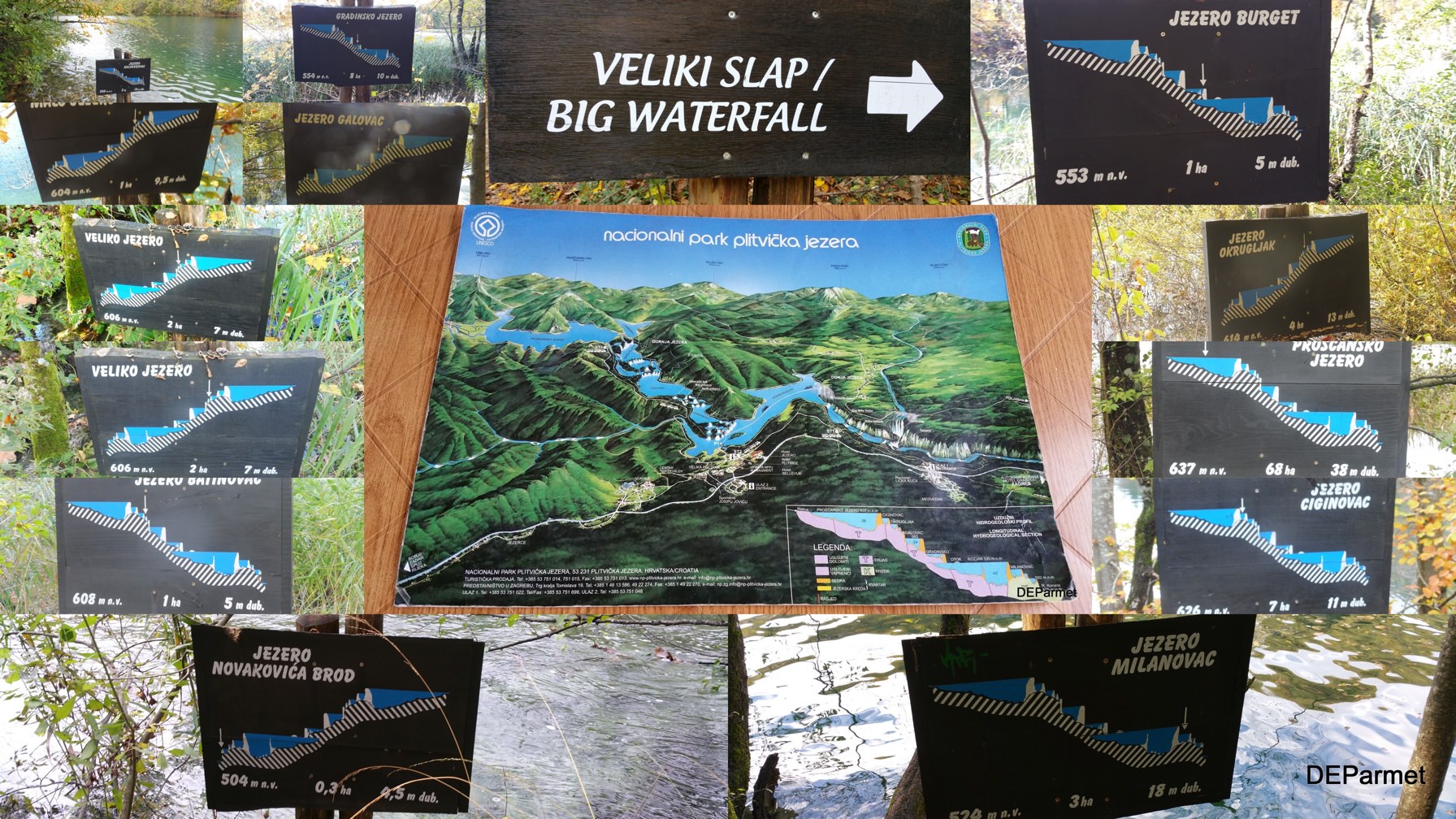 I had come in late fall; it was off season and there had been a lot of rain. My host had warned me that certain areas might be flooded and may be closed as a result. I woke up with sunrise eager to explore.  After roughly six miles of hiking through the upper basin, I made my way to the lower basin. There are three main lakes at the lower basin that ended at the biggest waterfall of the whole area.

After a tenth of a mile into the first lake, it was flooded. I knew the path through the three lakes to the big waterfall was about 1.8 km. I could not see around the bend of the first lake to see if it would be flooded the whole way.

I sat frozen for a moment thinking what to do next. I did not know how much of the trail would be flooded - it could be the entire 1.8 km.

I tested the water; it was extremely unpleasant. I did not want to miss the big falls. There was an alternate longer route to the big falls that would skip all three lakes and add another six kilometers to the journey. Also, there was no guarantee the falls would not be flooded as well. The longer route with no guaranteed entry did not sound appealing.

A couple was wildly splashing their way back from the flooded path screaming the entire time. I asked them when they got out if they could tell me how far the path was flooded, “is the path flooded the entire 1.8km?”

They screeched in the highest pitch voices that I have ever heard, "We don't know. We didn't make it far enough! Too cold! The water is too cold!" The girl was crying. I could see their feet were flaming red.

I wanted to see the three lakes. I had come all this way. And there was no way I was going to miss the biggest waterfall!

Then I remembered some advice my Australian friend in Sydney had given me, "whenever you are on the fence about something. Just do it."

Off came shoes and socks, I rolled up my jeans and plunged into the cold water.

After about a half kilometer, I could see around the bend at last. It looked like I had another 300 meters to go before it let up. Not so bad!

I could do this.

After 800 meters, I found a bench; let my feet air dry while staring at the beautiful views that were my reward. My feet were flaring red and the pain was intense. Yet, I was still smiling because this place was worth it. I put shoes and socks back on and began my unflooded trail to the next lake. 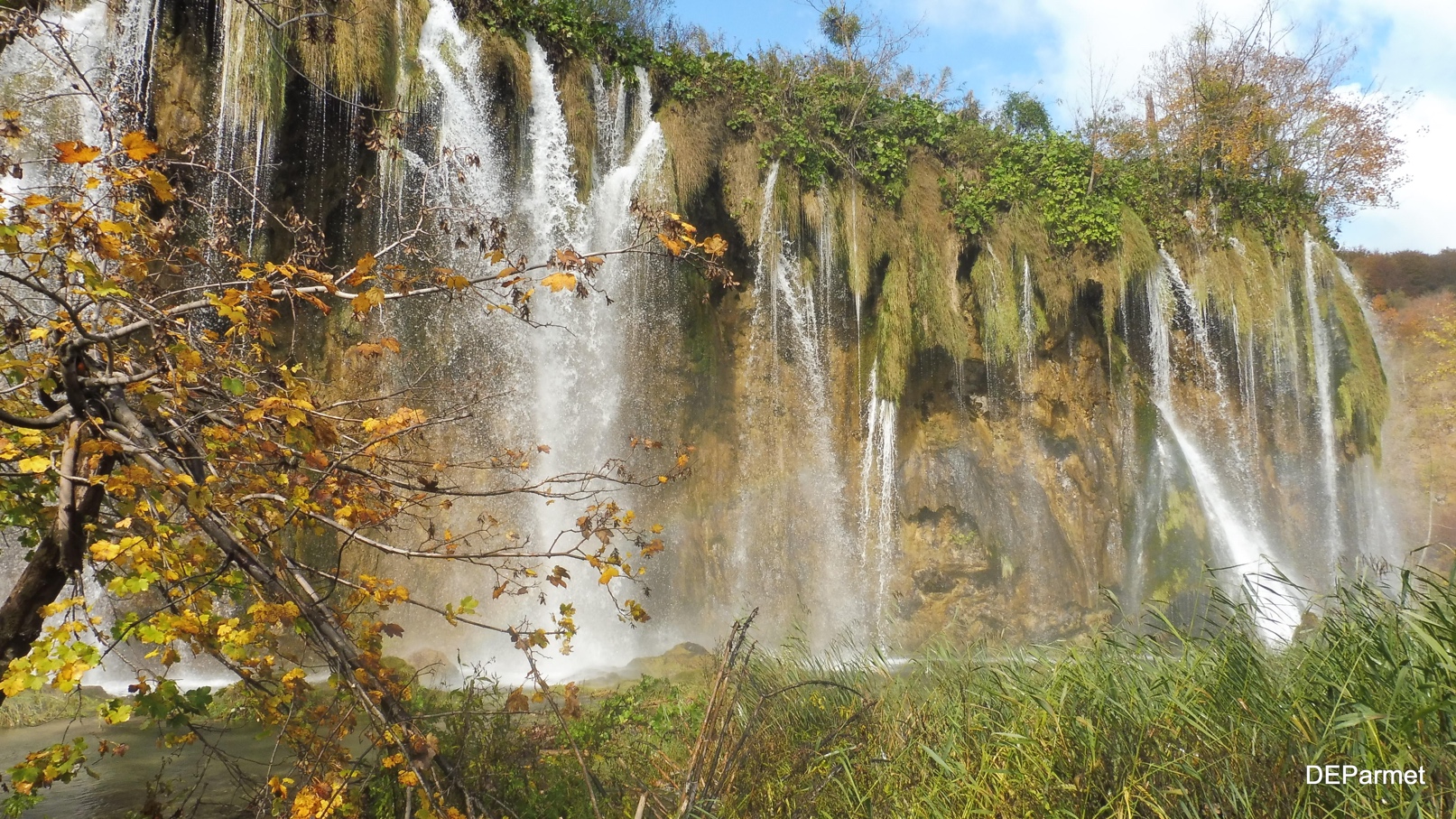 Unfortunately, after only about 300 meters, the path was flooded again!

This time the path was only flooded 100 meters so I took off shoes and socks and began.

I smiled at that.

After the third flooded part, I was donning my shoes and socks at last for my walk through the final lake and towards the big waterfall. 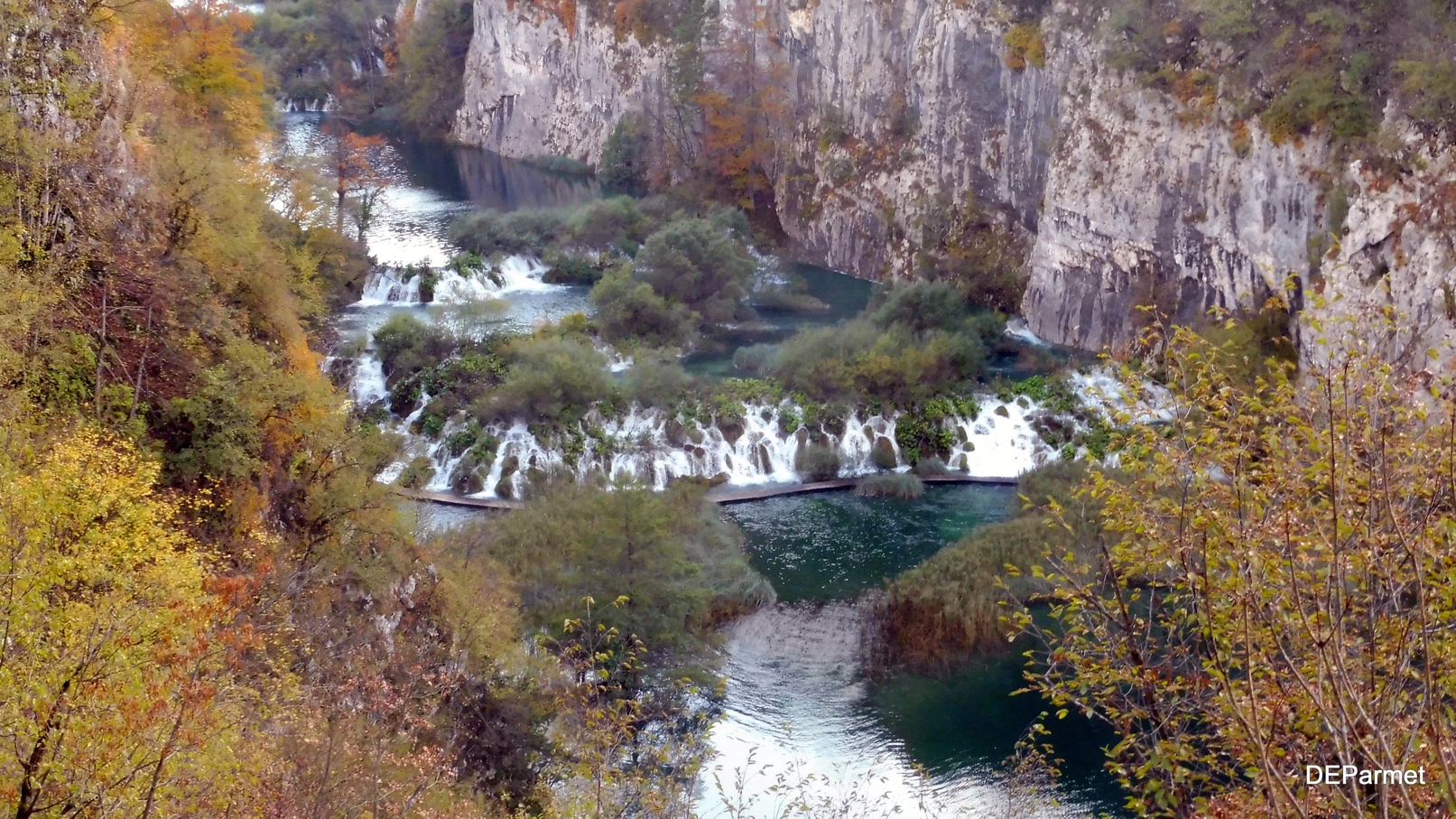 Three individuals approached me. They would become the first nomads I had met on my journey so far. They wanted to know, “Did you come from the flooded path?”

With puzzled looks they exchanged with each other, “But isn't it closed?

Incredulously, “You went on a closed path?”

“Look, I came for the experience. Why would that stop me? I am not sure it is actually ‘officially’ closed so much as flooded.”

“How bad is it flooded? Do you recommend it?”

Without missing a beat, “I do recommend it. It is not bad.”

“Can I jump the flooded parts?” The nervous guy asked.

“Not a chance, it is about 1km in total divided in three parts. You will be fine.”

The guy squirmed as it was clear his two braver companions had already made up their mind.

A little more small talk and off they went.

I went on to claim my final prize. 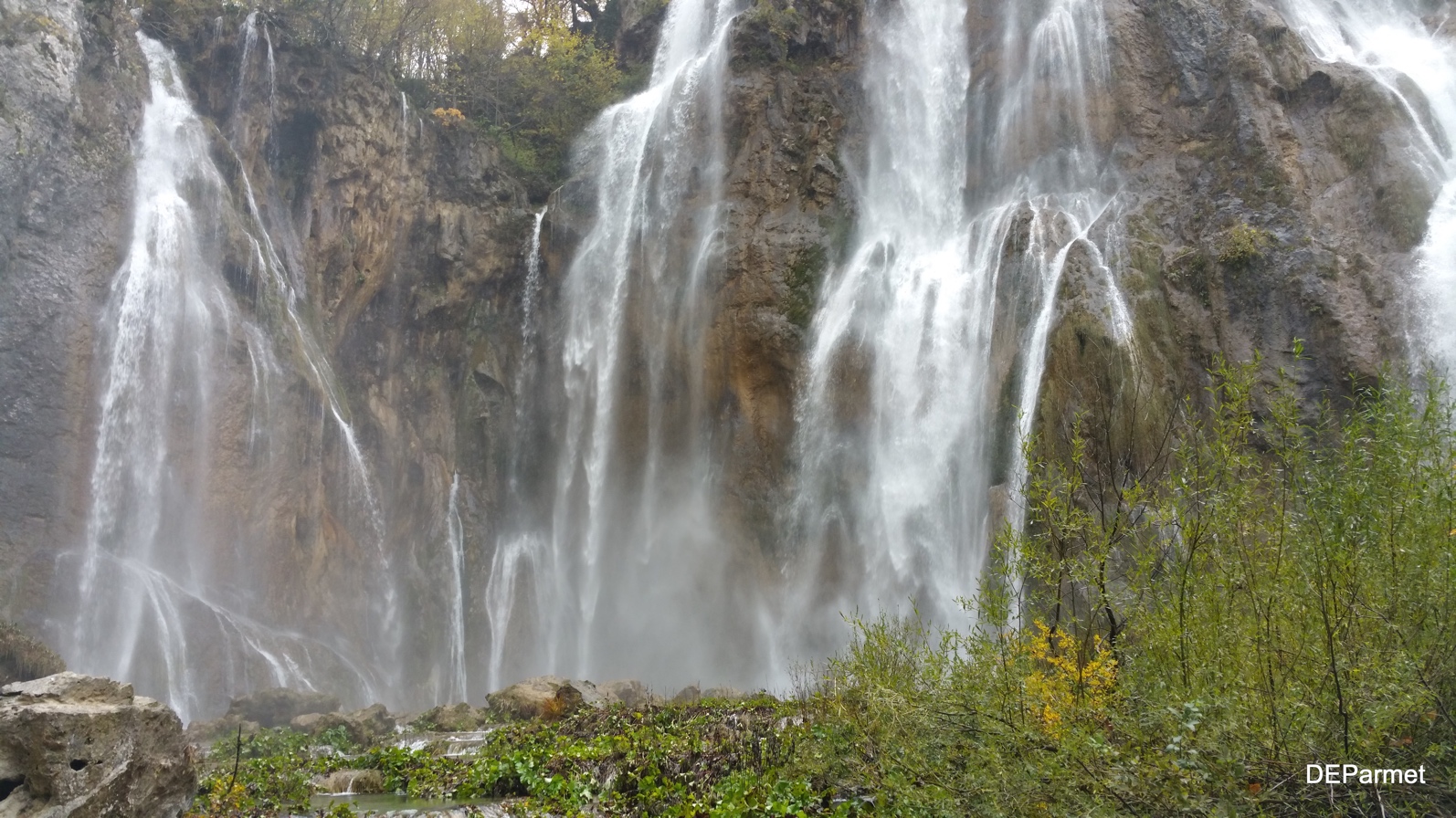