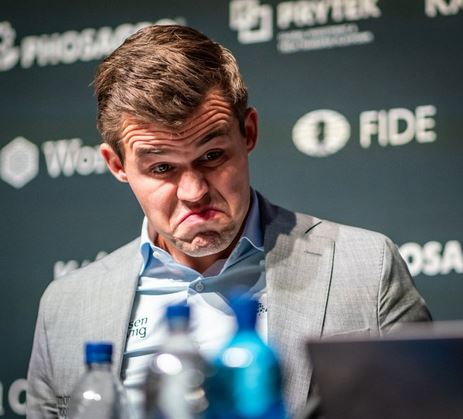 The world was alive as game 6 ended in a draw but so many people, including former World Champion Garry Kasparov, were mystified by the missed win that the computer finds so easily.

Garry Kasparov said on Twitter, "The computer shows Black wins with 68..Bh4 here. But had Caruana played the incredible 69.Bd5 Ne2 70.Bf3 Ng1!! they would request metal detectors immediately! No human can willingly trap his own knight like that." 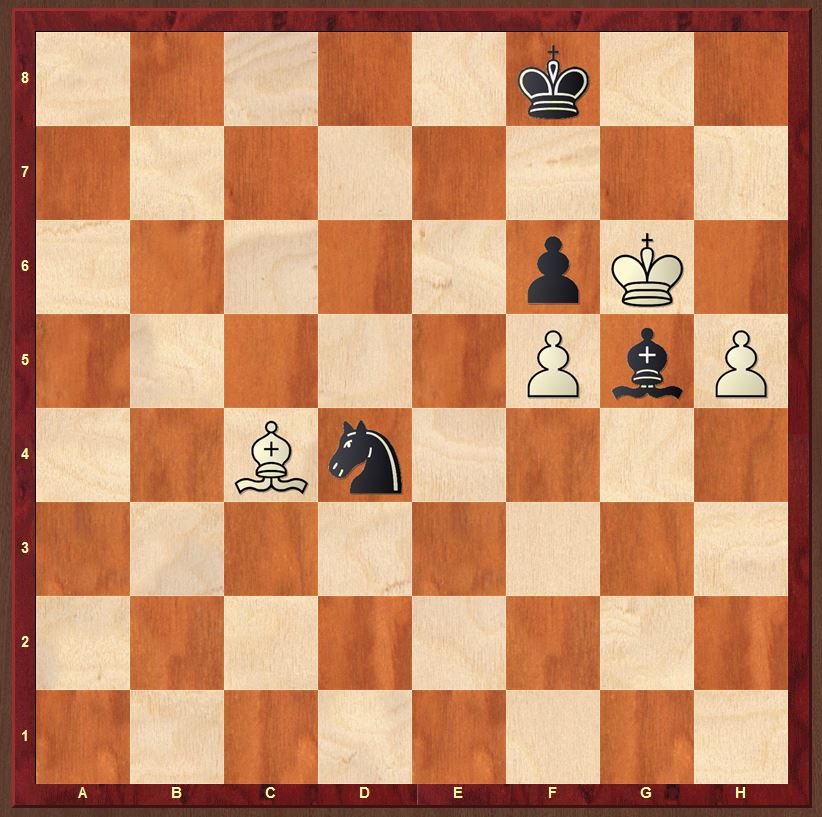 As someone who works with computers an awful lot by playing correspondence chess, I find this public shock puzzling. I was looking for exactly this sort of idea. Mere minutes before the actual position had occured for this win to be possible, I was using backward thinking to look for ideal positions that could be won. Of course, I had not been able to figure out the possibilities that arrive to such positions as usually this process takes me several days for my games in the correspondence format that I compete in. However, I had managed to achieve the idea. Mere seconds after I set the computer to check my ideal positions, I heard Sophiko on the chess 24 broadcast announce in response to banter with Svidler's analysis the possibility of Ne2 with the double idea of Ng3 winning the pawn outright or  Ng1 allowing for Nf3 with possibility of chaining the light square bishop. While she didn't have an answer to Svidler's Bd5 Bf3, she had inadvertently in a mere flash solved the other half of the puzzle. As I was about to put the pieces together, the mutual blunders were occuring as the players were moving so fast. After 68. Bc4 Nf3? occured and the broadcast and Sesse shouted out Bh4 was mate in 36. While I was given no chance to calculate this move myself, it did not surprise me. My analysis was close already to finding this move as the concept had already been identified. It's highly unlikely that a human would ever find this move in 10 minutes but indeed the concept is not so far away as Kasparov says... I would expect players of that caliber to be able to find it if they were given sufficient time. Sufficient time for a player of my caliber is something like 2-3 days. Once the idea had been indentified, it did take the several broadcasters nearly 30 minutes to solve it while due to my prework, I was able to solve it much quicker. I had already told the  computer to check the exact final positions. So knowing where I wanted to end up, it was fairly easy to calculate: 68... Bh4 69. Bd5 Ne2 70. Bf3 Ng1!! 71. Bg4 Kg8 72. Kh6 Be1 73. Kg6 Bc3 74. Kh6 Bd2+ 75. Kg6 Bg5 76. h6 Kh8 77. h7 Bh4 78. Kh6 Be1 79. Kg6 Bc3 80. Kh6 Bd2+ 81. Kg6 Bg5 White surrenders the h-pawn or the knight out +-. 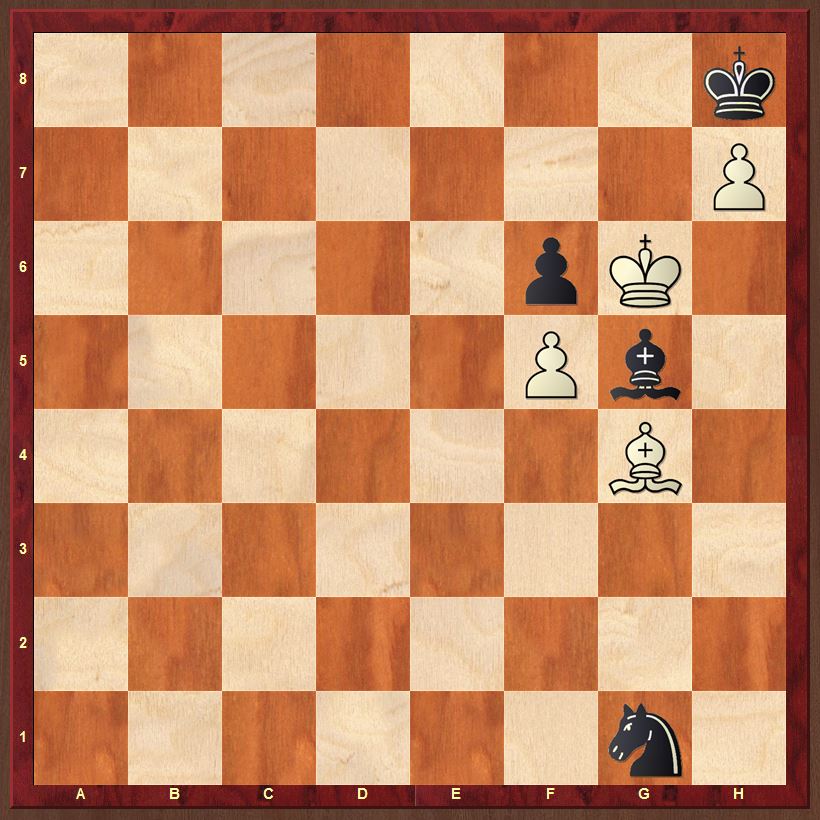 So that's how you connect the two pieces of the puzzle with backward thinking. I did not manage to solve this one under such time constraint as I am used to performing this process over several days but I think it would be nearly impossible to solve this under any kind of major time constraint and more to the point the pressure and stress that playing for the World Champion title induces. I am certainly not trying to criticize the players. Perhaps, all I am truly showing is that I spend far too much time with computers but my attempt was to show a standard correspondence tool that isn't used that often in over the board competition because it is such a time consuming tool in a format where you simply don't have the time.

Nevertheless, it did manage to produce my favorite photo of the entire tournament! This shot came as someone informed Magnus Carlsen in the press conference of the position:

Now I wish to relate a fun story from the 2012 London Chess Classic that I wrote about a missed Mate in 196. Sadly, someone had informed Anand ahead of time of the possibility and so he was ready with a quip rather than a facial expression for the ages like we got from Magnus.